Today he regularly plays with the Sinfonietta de Lausanne (artistic director: Alexander Mayer) and with the Orchestre de Chambre de Lausanne. He teaches trombone at the Ferney-Voltaire Conservatory (France), at the Geneva conservatory for the MusicEnsemble project, at the École de musique Multisite (Vaud Canton, Switzerland), as well as at the Geneva International Summer Academy of Music, and at the Lucania Music School & Academy for the yearly masterclasses.

Founder and administrator of the MOYA Trombones ensemble (with which he taught in several masterclasses and played in festivals and for conservatories in France, Germany, Italy, Hungary and Switzerland), he is also the founder and artistic director of the academy and festival RuffanoBrass in his village of origin in Italy. He is the musical director of the Ensemble des Cuivres de la Cité in Meyrin.

In 2015, Francesco D’Urso released, in collaboration with Difem Music Publisher, his first album entitled « Stella ». It is dedicated to his daughter.

No shows booked at the moment. 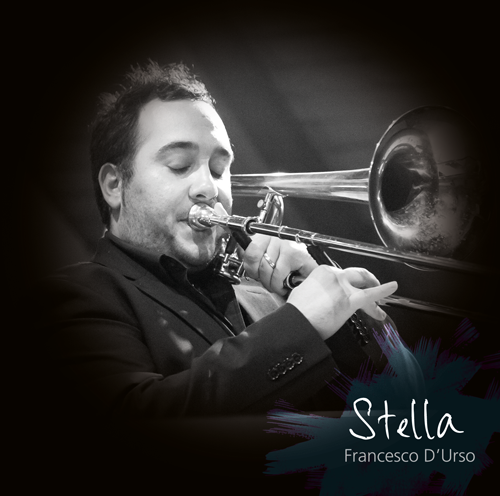 …dedicated to my daughter, this album features modern compositions, covering various styles, from neo-romantic pieces by Antonello Mastrosilvestri to the “Pièce for Trombone et Looper” by Grégoire Devaux with its funky, reggae and jazz rock style showcasing experimental music, and to Massimo Pinca’s “RuGva”, a contemporary impromptu based on the “Pizzica” frenetic rhythm (played with a sackbut). During the album production, I have been lucky to be able to collaborate with all the composers who contributed and encouraged me throughout this project. Many thanks to all of them for that. Happy listening!

Buy « hard copy » of the album

Buy « digital copy » of the album

The CD is available for download on various web platforms.